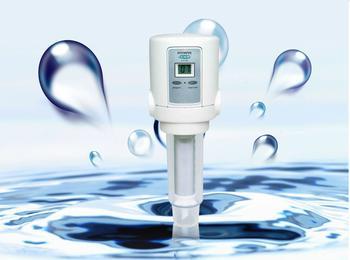 In 2013, with the dead pig incident in Jiaxing and the standard gate incident at Nongfu Spring, the water purifier became an industry attracting attention from all parties, and it received such high attention.

There are two main reasons: on the one hand, consumers' demand for household clean water; on the other hand, the major media in-depth market exposes the chaos in the water purifier industry, especially in the "price", "standard" and "concept". In terms of other aspects, it is even more prominent. Almost a hundred water purifiers have appeared in various places, and the price of water purifiers has reached as much as 10,000 yuan. The strict nature of the standards has caused some â€œthree nothingsâ€ products to flood the market and filter water purifiers. The propaganda of how magical the water can produce is overwhelming; it can be said that these two aspects are in stark contrast.

So what will happen to the water purifier industry in 2013? In fact, according to the sales situation of water purifiers in the past two years, it can be predicted that the demand for water purifiers in China will continue to rise in 2013, and the market's rigid demand may usher in a golden period of development.

According to the person in charge of the authoritative portal of the water purification industry, China's water purifier industry can analyze the industry development trend from three aspects in 2013: On the one hand, the promotion of water purifier brand will inevitably increase. The top ten brands of water purifiers and high-end brand alliances represented by Lu, Gengyuan, Angel, Midea, Jingquan, Lisheng, etc. are continuously increasing investment in advertising and e-commerce, which will help further enhance the brand's popularity. On the other hand, the continuous decline in drinking fountains, it should be said that bottled water combined with drinking fountains is known as the "golden partner" to change the drinking habits of humans, but in recent years with the bottled water by the "black heart bucket", "standard door" And even directly influencing the impact of tap water incidents, bottled water is not the best choice to solve the family's drinking water needs. However, drinking fountains are used as small household appliances that are famous for bottled water, and bottled water problems frequently occur, making many Consumers have abandoned it, drinking fountains have become â€œinnocent victimsâ€ and sales have continued to decline; on the other hand, the concept of â€œwater home decorationâ€ is forming. Some newly installed houses directly incorporate the installation of water purifiers into the major projects of renovation. With the upcoming 80s and 90s, they will undoubtedly inject new blood into the water purification industry. First, the ability of these people to accept Strong and the second most of them are familiar with the use of the Internet, this will better help some of the best water purifier brands to accumulate popularity and word of mouth, third, they will be more willing to recommend water purifiers for their elders, in summary Water purifiers are very likely to become home owners' pets in the new era.

The second "corps" is a "Yangtze River Delta" production base consisting of Chinese and foreign brands such as GUANYUAN, 3M and Aihuipu.

The third "corps" is a scattered manufacturer of brands represented by brands such as Haier, Lisheng, and TCL.