During the "two sessions" of the country, representatives of the automotive industry unanimously gave the keyword "hydrogen fuel cell vehicle". Indeed, the current heat of hydrogen fuel cell vehicles continues to rise, which is considered to be an important direction for the sustainable development of the automotive industry in the future and an important breakthrough for the transformation and upgrading of the global automotive and energy industry.

However, it is undeniable that one of the bottlenecks in the domestic industrialization of hydrogen fuel cell vehicles is that the core technologies, including air compressors, are still in the hands of foreign companies. However, this stalemate is being gradually broken. On March 8, 2019, the launching ceremony of Yihejie Group & Aeristech Strategic Cooperation and Fuel Cell Air Compressor Project (Wuxi Factory) was held in Wuxi, Jiangsu Province. This undoubtedly gave a boost to the domestic fuel cell vehicle research and development!

As a clean and efficient secondary energy carrier, hydrogen energy is known as the "ultimate energy" of human beings. The development of hydrogen fuel cell vehicles has become a common strategic choice for the future development of new energy vehicles in various countries.

However, one reality that needs to be faced is that China's fuel cell vehicles are developing late, core technologies are poor, the parts and components industry chain is still very imperfect, and many technologies are still completely dependent on imports, which seriously restricts the development of the fuel cell industry. In January 2019, Wan Gang, vice chairman of the National Committee of the Chinese People's Political Consultative Conference and chairman of the China Science and Technology Committee, said in the 2019 electric vehicle hundred people's meeting that it is necessary to increase the research and development of fuel cell engines, overcome the difficulties of basic materials, core technologies and key components. It is necessary to break through the industrialization of membrane electrodes, air compressors and hydrogen storage tanks.

The fuel cell converts the chemical energy of hydrogen and air (oxygen) into electrical energy through an electrochemical reaction through a proton exchange membrane, and then the motor drives the vehicle. The air compressor can reduce the size of the fuel cell system and achieve miniaturization under the premise of ensuring the same power of the fuel cell, and meet the demand for lightweight of the automotive power system.

Because of this, air compressors are regarded by many companies and investment institutions as the â€œend solutionâ€ for cutting into the power of automobiles, and the â€œwindowâ€ of embracing new energy vehicles, attracting enterprises such as traditional industrial air compressors, electric motors, and bearings. And so on.

The air compressors originally produced by the Industrial Air Compressor Company belong to the low-speed air compressor. The technology does not apply to the high speed required for fuel cells. In addition to the lack of understanding of the quality system of the automotive industry, the market for fuel cell air compressors is by no means Simple product iterations can be achieved. For motor and bearing companies, there are also thresholds for supercharging technology, automotive application design and matching, and it is only a component supplier that it is very difficult to thoroughly penetrate the entire air compressor system.

In contrast, turbocharger cut-in is the most suitable. First of all, the turbocharger company has great advantages in automotive power system, supercharging technology, system matching, IATF16949 quality system, and supporting resources of the main engine plant, and can also play a role in the production and testing of air compressors. Original resource advantages.

Many internationally renowned turbocharger companies have already begun to get involved in this product. The reason why Yihejie is the first to realize the production of fuel cell air compressors in China, on the one hand, the company has been in the field of turbochargers for many years. On the other hand, through the cooperation with core technology companies such as high-speed motors and high-speed controllers, they quickly completed the short circuit of the motor and electronic control.

Xing Min, vice president and secretary general of China Internal Combustion Engine Industry Association, also said at the scene that the cooperation between Yihejie Group and Aeristech in the UK is in line with the general trend of the development of the international internal combustion engine industry, which is of great significance. He hopes that Yihejie Group can do a good job in product quality, and can also do a good job in the industrial chain. Through the introduction of advanced technology, digestion and absorption, and then improve, the company will do a good job in the coordinated development of the entire industry. 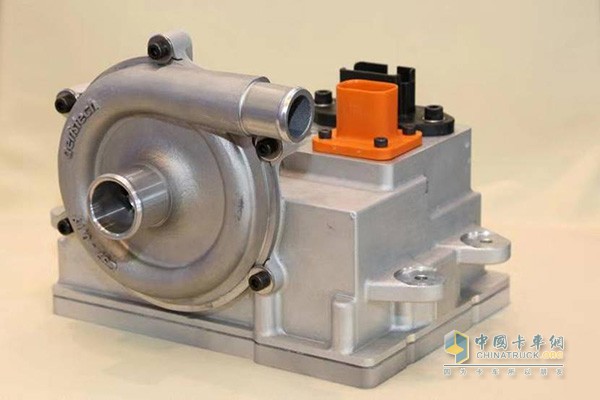 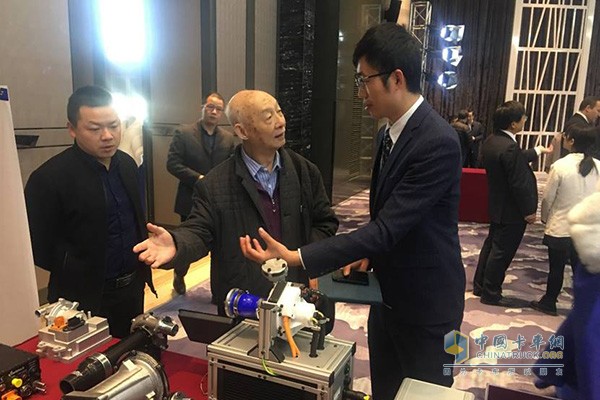 The new project plans to achieve the capacity of 50,000 fuel cell air compressors by 2025, and will serve domestic diesel manufacturers and fuel cell system suppliers such as Weichai Power , Suzhou Felsey Energy, SAIC Datong, FAW Jiefang, BYD, and Lifan. And plans to export to overseas markets.