Engineering design always lies in the trade-offs between advantages and disadvantages, but the demanding requirements of self-driving cars are pushing them to the limit.
- Automated vehicles generate massive amounts of data from a variety of visual sensors and environmental sensors that detect temperature, pressure and other key parameters.
- Communication is a constant demand, car Ethernet is used inside the vehicle, and external communication will be connected to the world with 5G technology in the future.
- They operate in harsh environments with constant vibration and shock. In the face of the dual effects of external weather and internal engine high temperatures, the temperature environment can be extreme. Also, temperature changes can be rapid due to rapid weather changes outside the vehicle and the heat released by the engine's internal engine. In addition, moisture may be present at any time due to rain or driving on wet roads.
- The car jeopardizes the life of the occupant in the event of a hazard, so the various parts of the car should always function properly and, if there is a problem, it must be able to perform well when it enters a safe state.
- Cars are a consumer product, and manufacturers are demanding high performance while also paying attention to cost. The chip footprint must be as small as possible to save space, and the chip must be manufactured at high yields to maintain reasonable cost.
There is a common factor in all of these requirements throughout, and this is what we usually take for granted: time. In order for everything to work in sync, these clock signals must function properly even if something goes wrong with some components. Clocks are now more critical than ever, so there is a very high demand for clock sources.
Quartz has become the past tense of clock devices. Now and in the future, MEMS clock devices provide stability and reliability that are sufficient for autonomous driving.
Respond to harsh environments
Our smartphones may be complicated, but not worth mentioning compared to autonomous vehicles. Smartphones are usually carried in our pockets or pouches. If you accidentally fall on the ground and suffer severe shocks, your phone may not work.
The car is not so happy. Roads with poor external driving, various speed bumps, and accidental collisions with other vehicles or obstacles may damage the vehicle's internal equipment, and these internal components need to continue to operate. As mentioned above, temperature and temperature changes inside the vehicle can also be extreme. In addition, electromagnetic interference (EMI) may affect the reliability of communications if not handled properly.
If any failure occurs under these harsh conditions, the vehicle must enter a safe state. However, if the clock devices that coordinate all of this fail due to environmental stress, the security state cannot be discussed. This is an important advantage of MEMS clock devices: MEMS clock devices are more robust than quartz devices (Figure 1). For example, some MEMS devices offer 0.1 ppb/g stability (compared to 0.5 ppb/g for quartz). They can handle 50 kg shock and 70 g vibration. They operate at temperatures from -55 to 125 Â° C (wider than quartz devices). Moreover, with programmable edge rates (Â±0.25 to 40 ns) and up to 4% (Â±0.25%) of the spread spectrum capability (a feature not found in quartz), MEMS clock devices can reduce EMI by 11%. 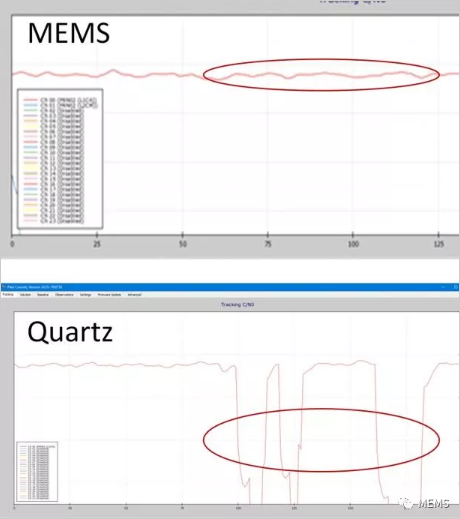 Figure 1: Satellite tracking of MEMS and quartz clock devices under hot air and vibration. Quartz loses multiple signals and MEMS is very stable.
The clock must remain reliable over time. MEMS clock devices have proven their reliability. In fact, using the same example, they did not have a failure failure. The number of defects per million (DPPM) measured during system lifetime has fallen below 1.6, and the mean time between failures (MTBF) has exceeded 1 billion hours (ie 114,000 years). Quartz devices have a defect count of approximately 200 to 500 per million and a mean time between failures of less than 50 million hours. In addition, MEMS have no frequency dips or micro-hopping problems, and there is no cold-start problem, which has always been a challenge for quartz devices. MEMS clock devices are also capable of meeting AEC-Q100 test requirements compared to quartz that only meets AIC-Q200 requirements.
Vehicle inside and outside communication
According to Mamms Consulting, the automotive industry has adopted the form of Ethernet to handle vehicle internal communications. This includes functional communication within and between domains, such as the drive train, chassis, and center stack. Data rates can reach 10, 40, and/or 100 Gbps. With Ethernet in the familiar home and office network, automotive Ethernet solves several problems with "normal" Ethernet.
- Has low radio frequency (RF) noise and reduces interference between signals.
- It provides microsecond delays for requesting and sending emergency sensors and other data.
- Bandwidth can be assigned to specific data streams with specific latency requirements.
- Clocks can be synchronized between components for simultaneous data sampling and other functions.
At the same time, 5G will undertake communications between the vehicle and the outside world, such as with other vehicles, local infrastructure and cell towers. This so-called "vehicle networking" system places very high demands on the 5G clock: a delay of 10 ns at the network, and the frequency enters the range of two-digit gigahertz. 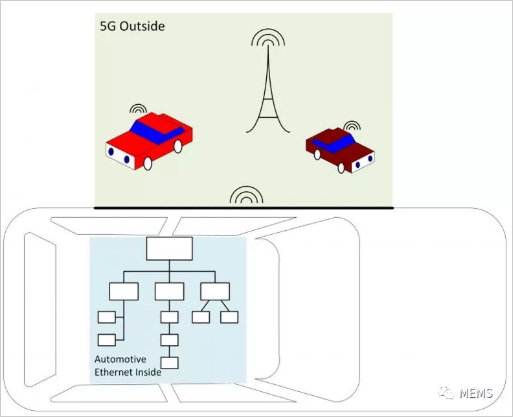 Figure 2: Automotive electronics need to communicate internally via car Ethernet and communicate externally via 5G
These communications will cover very critical applications such as conversations between vehicles; and convenience applications such as streaming music (whether real-time or not). All of this must be reliably operated to ensure a safe and comfortable ride. MEMS clock devices provide the frequency and jitter required to ensure the operation of internal and external networks, such as frequencies above 700 MHz and stability of Â±0.1 ppm (-40 to 105 Â°C) or Â±20 ppm (-55 to 125 Â°C) .
In contrast, quartz clock devices have fewer frequency choices and are all in large packages. They have a stability of only Â±50 ppm over the -40 to 125 Â°C range. In addition, quartz clock devices have other anomalies such as so-called frequency disturbances that make them less reliable in safety critical applications.
Clock device size continues to shrink
Finally, the smaller the space required by the clock device, the better. In other words, you can choose according to your own priorities. For the ultimate in small package requirements, MEMS are available in a 2.0 mm x 1.6 mm DFN package. If lead inspection is critical for low cost manufacturing, then the SOT23-5 package can be chosen.
MEMS clock devices also eliminate the need for load capacitance, and a single driver can drive multiple loads. Both of these features are in stark contrast to quartz. Moreover, quartz clock devices must use larger packages from their own characteristics. 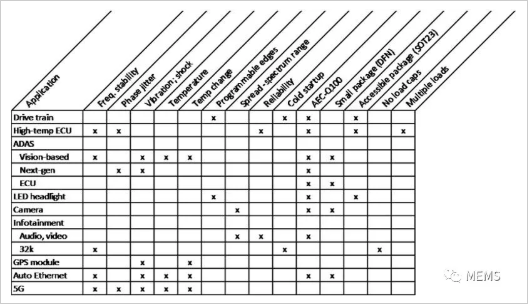 Figure 3: Features for different automotive applications
Automotive design begins to turn to MEMS
Automotive applications are one of the most demanding applications imaginable. They typically operate under extremely harsh conditions, must maintain reliable communication internally and externally, and must be able to collect, process, and distribute large amounts of sensor data for efficient and safe operation.
Clock devices that control all of these interlaced systems must be robust and reliable. It must provide high performance while keeping the footprint as small as possible. These are the advantages of MEMS clock devices. People's desire for autonomous driving, and safer from point A to point B, has driven the transition of clock devices from quartz to MEMS.